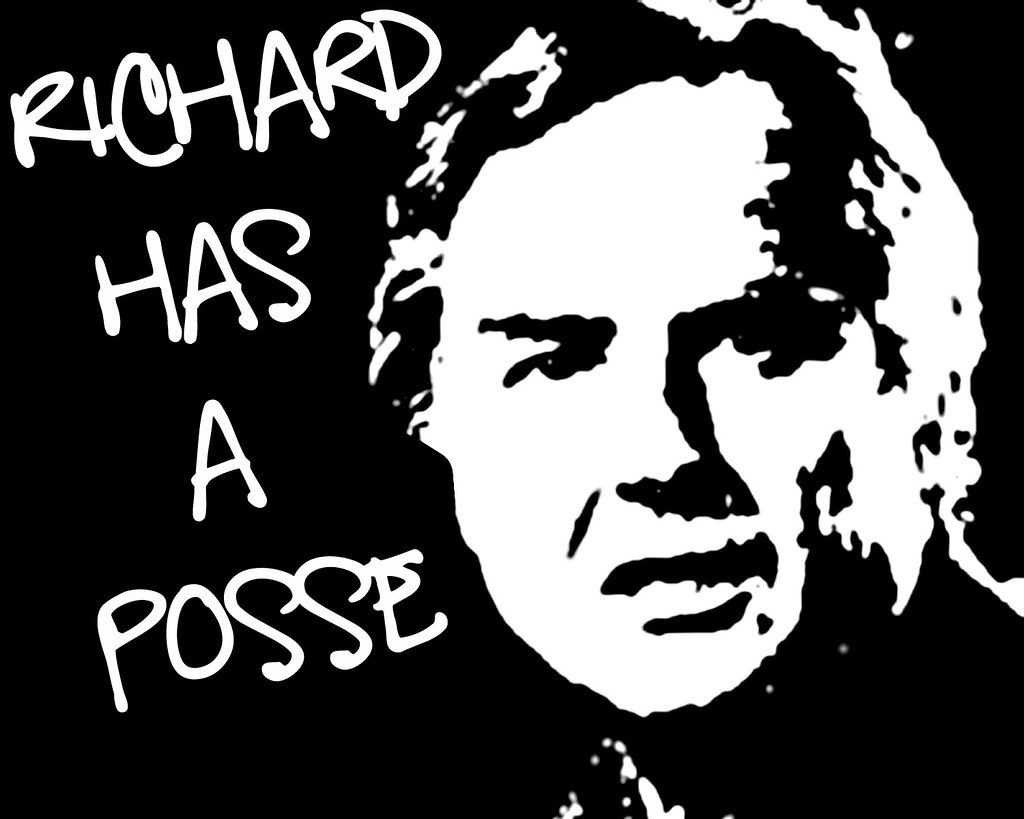 Richard Dawkins is a pre-eminent atheist, author of the excellent book The God Delusion on the subject, and is perhaps one of the most vocal scientists and most vehemently opposed to the principle of "Non-overlapping Magisteria" (NOMA).

NOMA is the politically correct and scientifically flawed argument put forth by Stephen J. Gould (most notably), among many others- that certain questions, specifically the religious ones, are beyond the scope of science. Science can never hope to touch the existence of god or miracles.

Dawkins, quite reasonably, calls bullshit. A Universe governed by a God is a very different Universe than one that isn't. The "God Hypothesis", as Dawkins calls it, is in every way, a scientific question. At best, NOMA is a politically expedient détente, at its worst, shoddy scholarship and bad science. If scientific evidence of some religious miracle were to appear (Dawkins uses the example of DNA evidence proving that Jesus had no father)- would theologians throw their hands up and cry, "We don't care- wrong Magisterium!" Of course not- and in the same way, as science finds increasing evidence that all religion is bullshit- as it closes the gaps that allow faith to thrive ("Faith is a beast that preys on ignorance- in the absence of ignorance, faith withers and starves." - Me) naturalists should not pussyfoot around supernaturalists.

Faith, at its core, is an incredibly dangerous mode of thinking. An entirely pre-rational mode of thought, there is no concrete basis for decision making once you accept that "Faith" has any validity. Faith is an intellectual vacuum that can be used to justify anything- and has been. It uses the logic of the insane: "This is true because I believe it's true." This sort of auto-tautology has lead to one of the most fraudulent claims I've ever heard: that religion provides moral absolutes. Utter bullshit of the most amazing chutzpah- religion provides no absolutes because religion attaches itself to the shifting and baseless argument from faith. If religion did prescribe absolute morality, we'd still be stoning people in the streets. No, our enlightened morality is not caused by religion, but exists in spite of it.

Let me repeat that: Morality exists in spite of religion. People have, quite rationally, concluded that stoning people for violating dietary laws, performing adultery, and so on is probably not the best basis for structuring a society. Rational thought and wisdom have taken some of the teeth from faith's maw. People have "selective hearing" when it comes to god's word- and where they don't, we get abortion clinic bombers and jihadists. I advocate we take it one step further- instead of containing faith with reason, why not simply abandon faith all together?)

At some point, I intend to flesh this out into a formal essay, with some core theses:


Another essay that I need to write is: "You don't have the right to be wrong," ie. nobody has the right to hold beliefs that run contrary to logic and evidence. Note, and this is important, I do not claim that society or public opinion or current orthodoxy play a role in this. It's perfectly okay to hold ideas that are "wrong" by society's standards (like making the claim that "God almost certainly doesn't exist"- which is "wrong" in most people's estimation, but supported by evidence in a way that God's existence isn't). While emotionally, it is difficult, when presented with accurate evidence and airtight logic one should happily abandon their current hypotheses and replace them with one that suits the facts.

Maybe that'll be my equivalent of all the nanos- 50,000 words of non-fiction.

(And when I really get my hackles up, I might even attack "Free Will" (which I'm fairly certain exists as en experience, but not as a true motivator of human behavior))
Collapse